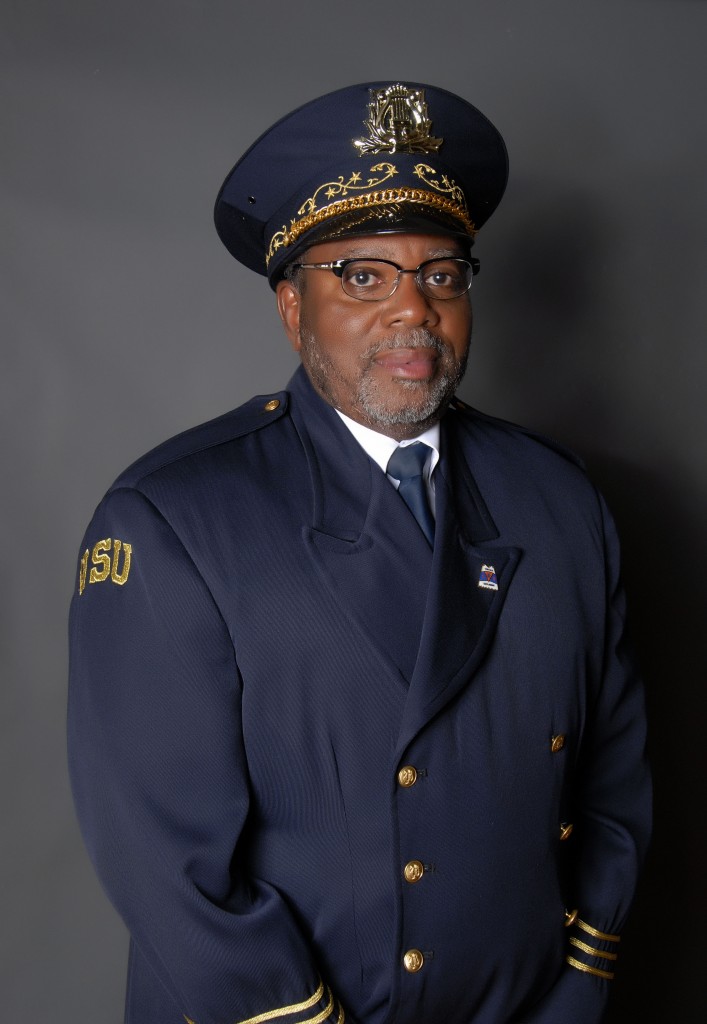 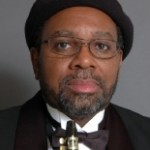 James Holden, Jr. began his study of the saxophone at the age of fifteen under the tutelage of Joseph Jennings. He later studied with John P. Jones at Jackson State University, while completing the B.M.E. and M.M.E. degree. He has done additional study at Berklee School of Music and North Texas State University where he was a pupil of Joseph Viola and Dennis Diamond. He is an honorary member of Kappa Kappa Psi and Tau Beta Sigma band fraternal organization. In addition, he holds memberships in the North American Saxophone Alliances, Richmond Jazz Society, MENC, IAJE, College Music Society, Petersburg Symphony board member, Phi Mu Alpha, and Omega Psi Phi Fraternity, Inc.
A former faculty member at Jackson State University, he is currently an Assistant Professor of Saxophone, Music Theory, Jazz Ensemble, Gospel Chorale Advisor and Interim Director of Bands at Virginia State University, where he has been a faculty member since 1984. His convention and solo appearances include the North American Saxophone Alliance Conference, Indiana University Saxophone Master Class and the Intercollegiate Music Association.
He is a studio musician and has performed with the rhythm and blues singer Dorothy Moore band, the Richmond Symphony, the Johnny Peyton Renaissance Band jazz and commercial bands both locally and nationally.
In the fall of 1992 Mr. James Holden, Jr. voluntarily assumed the directorship and faculty advisor for the award winning Virginia State University Gospel Chorale.
Holden is the proud father of two daughters Ashley and Brittaney Holden. 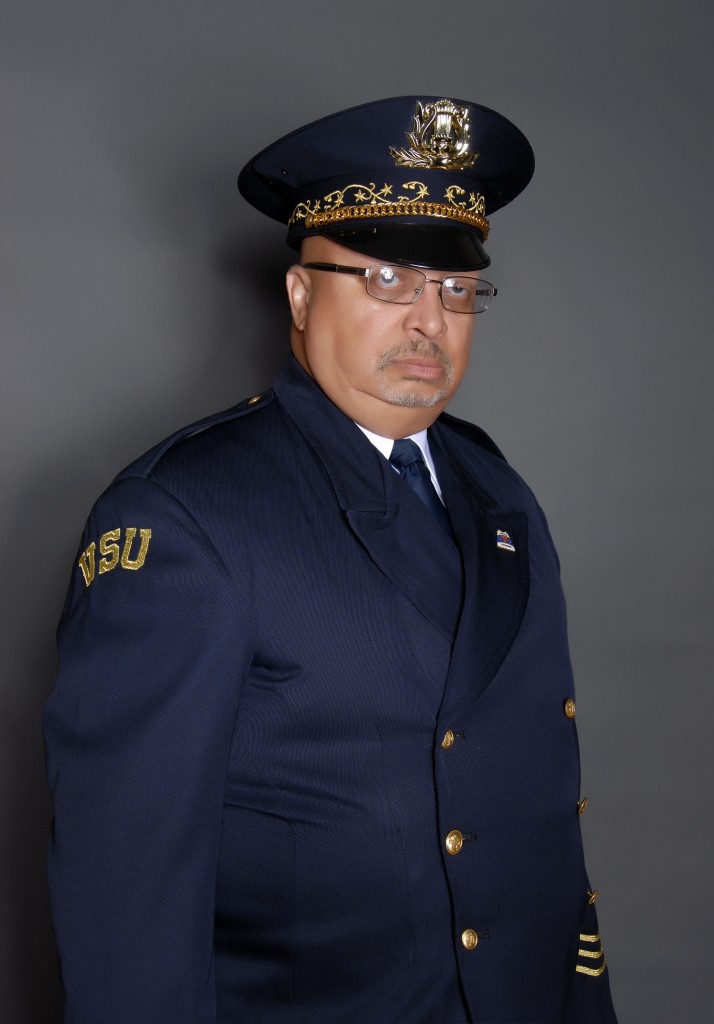 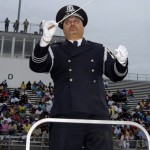 Rev. Sylvester Harper Bullock who resides in Matoaca, VA is a native of Pittsburgh, PA. Married for over thirty-five years, he and his wife the Reverend Beverly Sherrill Bullock are the parents of two daughters and the grandparents of three granddaughters and one grandson.
Rev. Bullock is a product of the Pittsburgh Public School system. He received his Bachelor of Science degree in Music Education from Hampton University (Hampton, VA) and a Master of Divinity degree from Pittsburgh Theological Seminary (Pittsburgh, PA). Prior to entering seminary, he taught at the secondary level in the Pittsburgh Public School System.
On October 19, 1985, he was ordained as Minister of the Word and Sacrament in the Presbyterian Church.
Rev. Bullock’s ministries have encompassed the parish, interim ministry, campus ministry, tent-making ministry, college (HBCU) marching band, hospital chaplaincy, presbytery-synod-general assembly involvements; ecumenical and interfaith issues; child/elder abuse, sexual assault, domestic violence and clergy sexual misconduct issues.
Rev. Bullock is a minister member of the Presbytery of the James and has served as Moderator of the Presbytery of the James. Presently he is the Pastor of Rosewood Presbyterian Church in Chesterfield County, Virginia and has served as Assistant Band Director for over twenty years.
He is also a proud member of Alpha Phi Alpha, Tuba Phi Tuba, Kappa Kappa Psi and Phi Mu Alpha.

Taylor Leonard Whitehead was born on April 24, 1973 in Farmville, Virginia. Taylor's music career started at a very early age. At the age of 12, he was DJing parties all throughout Southside Virginia. At the age of 13, he began another phase of his music career as he started playing the tuba at Lunenburg County Middle School in Victoria, Virginia. At the age of 14, he was the first tuba player ever in Virginia to be selected 1st Chair Concert Band in the Virginia District III All-Regional Band. He also placed in this band four additional times in high school. Taylor was the drum major of Central Senior High School's Marching Charger Band from 1989-1991.
After graduating from high school, Taylor went on the pursue music education at Virginia State University. In the fall of 1991, he began marching in the VSU “Trojan Explosion”, under the direction of Mr. Harold J. Haughton and Mr. James Holden. Under their leadership, he blossomed and became one of the most influential members in the band. Throughout his tenure at Virginia State, he worked hard to build up the band program. He was the sousaphone section leader from 1993-1996. He also participated in VSU's Brass Ensemble, Pep Band and Concert Band and played with the Petersburg Symphony. In 1995 he worked with both Prince George and Petersburg High School bands. He graduated in May of 1996 from Virginia State with a Bachelors of Science degree in Music education (K-12). He received his Master's of Music Education from Norfolk State University in 2008. In the fall of 1996 and spring of 1997 he served as interim chorus director at his alma maters Central Senior High and Lunenburg Middle School.
In July of 1997, he accepted the position of band director of Warren County High School. He has helped make the “Dynamic Marching Machine” one of the best showstyle bands in the state of North Carolina and in the nation. He is also a freelance photographer and owns his own photography company TLW Photography. Mr. Whitehead is also a member of Alpha Phi Alpha Fraternity Incorporated, Kappa Kappa Psi National Band Fraternity, Tuba Phi Tuba Brass Fellowship, Mu Phi Sigma National Percussion Fraternity and Phi Delta Kappa International Association as well as many other professional organizations.
He is the Vice President of Operations for the North Carolina Showstyle Band Director’s Association. He also serves on the National Board for Asymmetrix Entertainment Incorporated and the Grand Board for Tuba Phi Tuba Brass Fellowship. He is the founder of Virginia State University’s “Explosion Day”. In 2007, he along co-founded the “Dynamic Steppers Marching Band” with Mr. Tyrone Brown. This group featured members of the Warren County High School Band as well as the “Brooklyn Steppers” from Brooklyn, New York. His motto is “You can never get it tight enough, as many times as you practice it, there is only one performance.” His heroes are his previous band directors and his parents. He hopes to impact as many students' lives as possible with the gift of music. Mr. Whitehead was recently selected as the 2010-2011 Warren County High School Teachers of the Year. 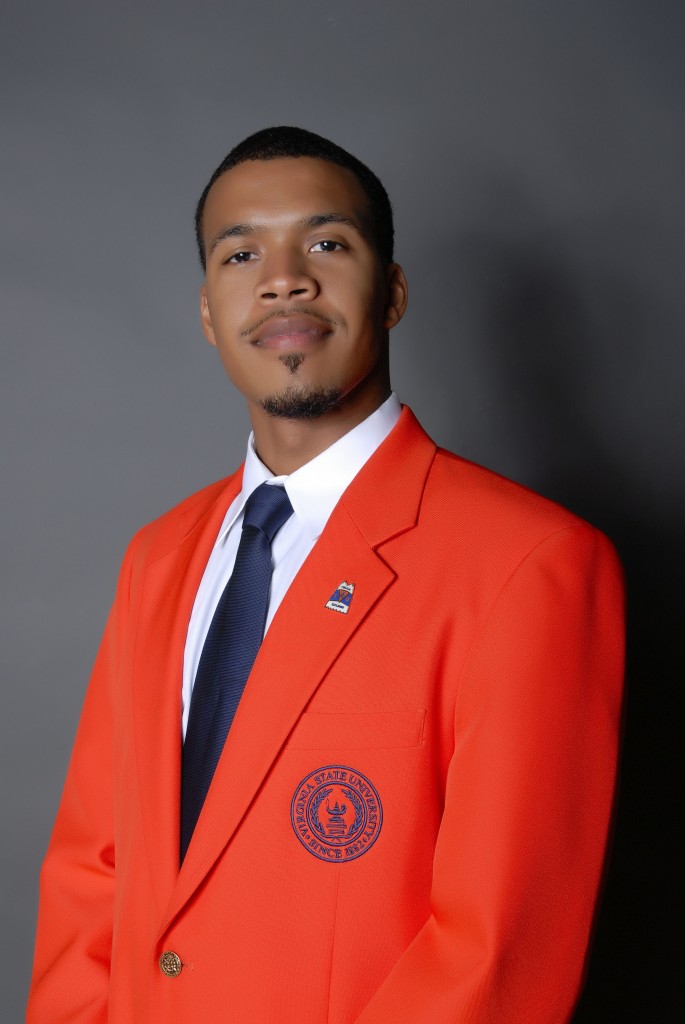 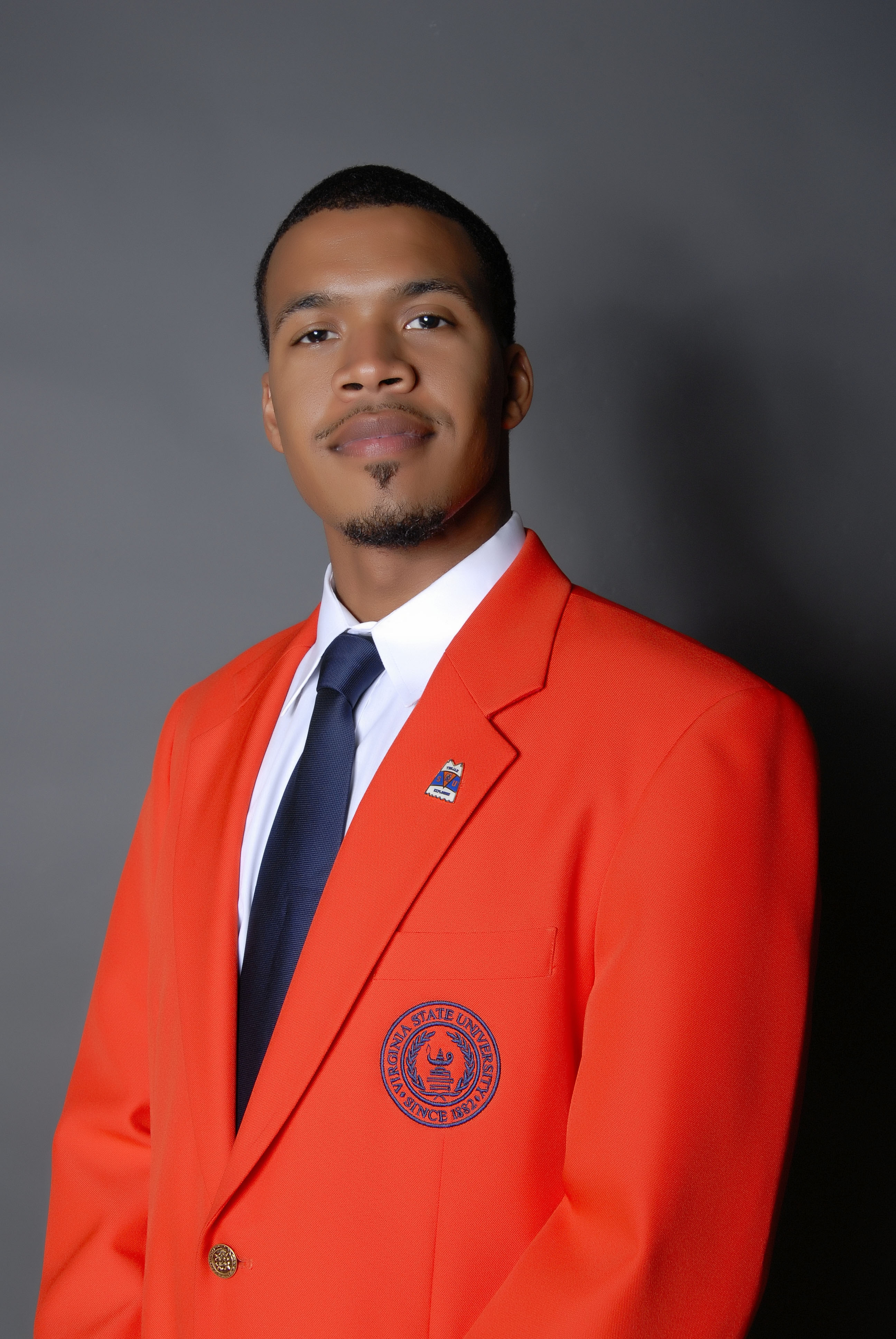 Mr. Maurice B. Jones is a proud alumnus of Virginia State University receiving his Bachelor of Science in Computer Information Systems, Graduate Certificate of Project Management and Masters of Science, all from VSU. As an undergraduate student, Mr. Jones, an enthusiastic trombonist, held leadership roles in numerous music ensembles under the tutelage of Professor Harold J. Haughton, Sr., retired Director of Bands. As a dedicated employee, Mr. Jones currently serves as the Operations Director for Virginia State University Department of Music. Since taking this position, he has worked with the Office of Institutional Advancement to implement successful fundraising initiatives, collaborated with multiple departments to form Internship opportunities and is a recruitment powerhouse behind the scenes, increasing membership to 180 in his first year. In addition, Mr. Jones served on the Reginald F. Lewis School of Business Alumni Advisory Board (2008-2010) and serves on the VSU Homecoming Committee (2010-Present).

As well as accomplishments at Virginia State University, Mr. Jones created a mentoring program for seniors at a local high school and founded 2 scholarships to assist graduating high school seniors.

Mr. Jones is an honorary member of Kappa Kappa Psi National Honorary Band Fraternity and as an active member of Kappa Alpha Psi Fraternity, Inc. he chaired and participated in numerous functions such as highway cleanup, delivering food to the needy and assisting the elderly in the Petersburg area during holidays.

As a proud alumnus, Mr. Jones regularly attends University functions and events in an effort to support Virginia State University in any way possible. 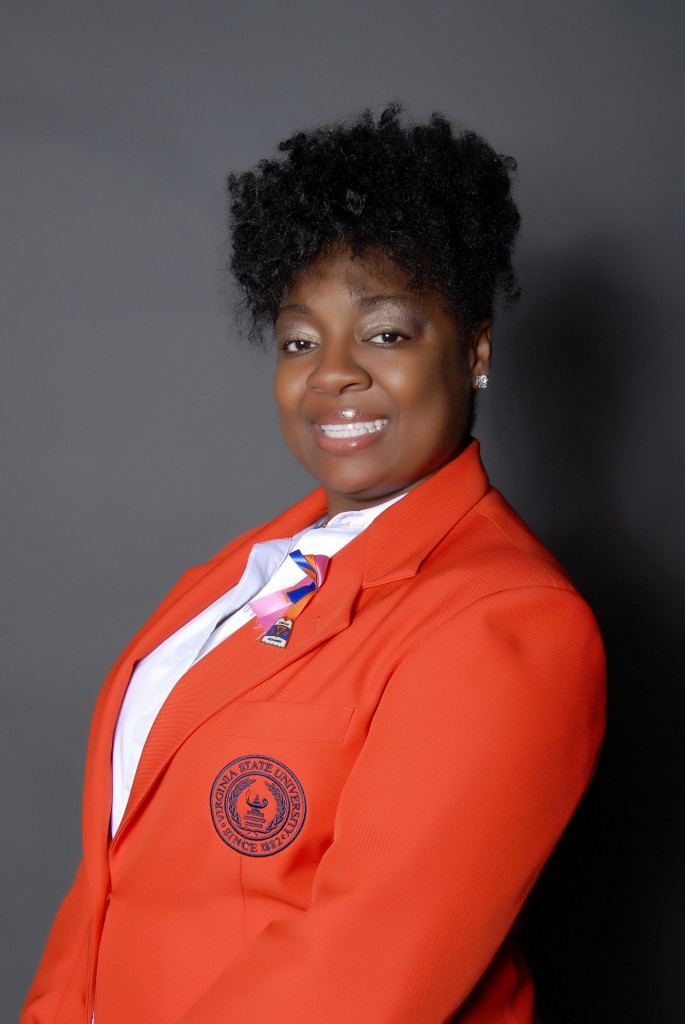 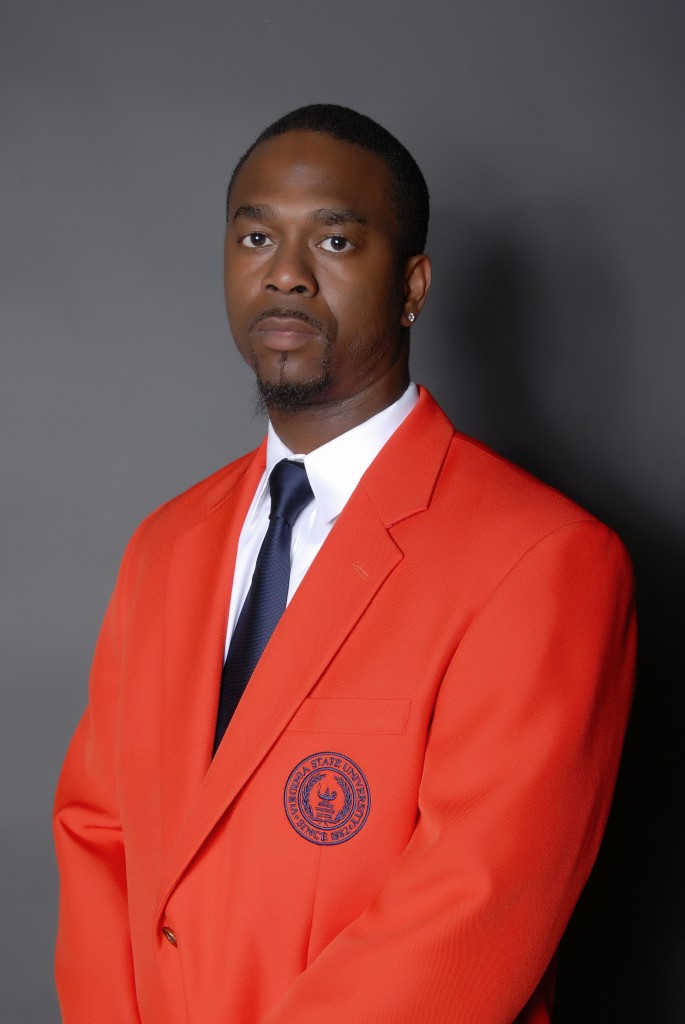 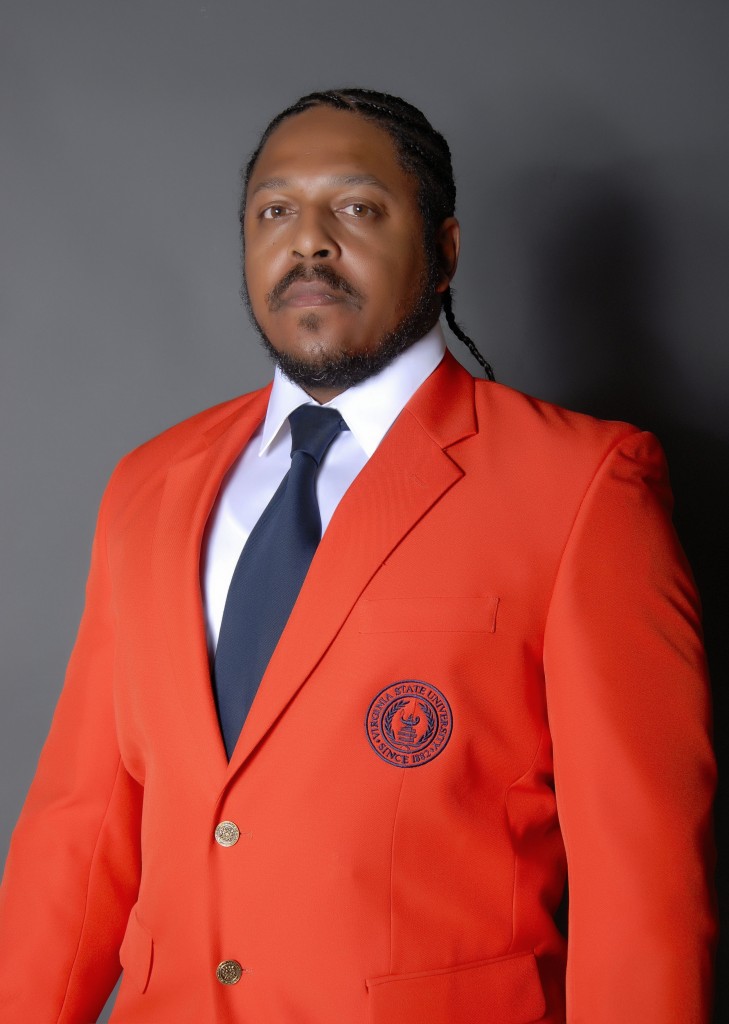